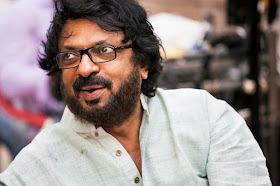 How will you feel?

Sanjay Leela Bhansali was born in the year 1963 in Mumbai. He was a student of Film and television Institute of India, from where he was thrown out after a spat with the institute’s director.

Bhansali is also the only filmmaker who couldn’t be bothered with authenticity, accuracy and other such yardsticks when it comes to creating cinema.

He is the only filmmaker who could not only take Sarat Chandra Chattopadhyay’s much-loved parable Devdas and give it a saas-bahu serial makeover in the name of creative license. After all, in the dozen odd adaptations of the novel no one could come with the idea of putting Chandramukhi and Paro in the same space, at the same time and heck even make them dance the same steps.

It’s rather unfortunate that the legend of Peshwa Bajirao, something that possessed all the right ingredients needed for a truly great film, ended up falling short in the hands of the one filmmaker who had the right credentials to take it to the next level. 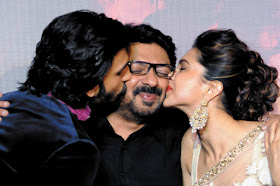 
He was the great Maratha general and statesman, changed the map of India in the mid-eighteenth century. His military campaigns were classic examples of his genius.
It was he who expanded the Maratha Kingdom beyond Maharashtra across the Vindhyas and got it recognised in Delhi, the capital of the Mughals who kept Bharat (India) under their rule for many years. The Maratha Kingdom created by its founder, Shivaji, and later expanded by Bajirao reached its peak during his son’s reign twenty years after his death. After driving the Afghans out of the Punjab, they raised the saffron flag not just on the walls of Attack, but even beyond.
Bajirao is thus acknowledged as one of the greatest warriors in Indian history.
A brilliant military tactician, a born leader and a brave soldier; in every possible, sense he was the true torchbearer of Chhatrpati Shivaji's dream.
Bajirao was struck by a virulent fever at Raver (near Indore,south of river Narmada) and hardly in a weeks time, he breathed his last (on 18 th April 1740). He was just forty.
At the time of his death his wife Kashibai and son Janardhan were by his side. His son performed his obsequies.
About the movie
The 9th decedents of Bajirao were upset with the character shown of this great warrior as a lost lover
Every time Mahendra Peshwa thinks of the lyrics of the song 'Malhari' from Sanjay Leela Bhansali's upcoming historic drama Bajirao Mastani, he shudders.
"It is unimaginable to think that Thorle Bajirao would use words such as 'Dushman ki waat lavli'," he says, his voice dripping with contempt.
In a phone interview with HuffPost India, 52-year-old Mahendra, said
"I understand filmmakers taking cinematic liberties, but what I don't understand is the inefficient research leading to gross historical inaccuracies,"
So Bhansali managed to show this hero as a doomed lover who gave up his life for a woman not bothered about his kingdom

The limits of fiction?Though Sahasrabudhe acknowledges that the romantic aspect of the story was a later invention, she still thinks there is a limit to how far imagination should go.“In the name of fiction, you cannot show something that is non-cultural, non-historical and disgusting,” she said. “Sanjay Leela Bhansali has put a statement that this is fiction – then he should not use their real names. Otherwise how can you claim anything?”

Now after opposition to his latest movie Bhansali again giving FOE and work of art as an excuse. Bollywood fraternity standing behind this director like never  before say that Art is in danger. Their excuse " when you don't even know the script how can you react"

My simple question to them. Can we trust Bhansali when he has distorted two legends Devdas and Bajirao?  What tomorrow he gets away writing disclaimer and portray all vulgar facts on his lavish sets?

Now lets get down to facts of Sanjay Bhansali contribution to society. With films earning unlimited wealth the estimated wealth of this director is

However in name of contribution to society his financial contribution limited to  extending a compensation of over Rs 20 lakh to the family of a worker, who was killed in a mishap on the sets of his next film "Padmavati".

In the name of social welfare he has hardly made any movies giving some message to society or national interest.


Compare this to Respected Nana Patekar. Check this facts about this not so rich actor 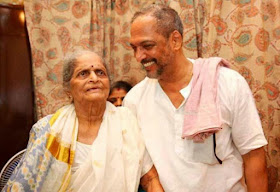 Now I leave it to readers if they applaud Sanjay leela Bhansali for his lavish sets and direction or boycott him for distorting facts about history. Remember our kids watch movies and they have much stronger impact then what is written in books or available online.

Wake up Bollywood.  Sadly you never united when India was being shown in bad light by your fraternity or when pakistani actors making fun of our country.
Renuka at 19:19:00
Share